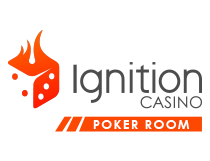 “When I discovered Ignition Poker last year, I was happy to have another poker site that accepted US customers. And since it shares tables with Bovada and Bodog, there are lots of games available. It’s nice to have another option, especially when you live in the US!” ~ Marcus Little, FL 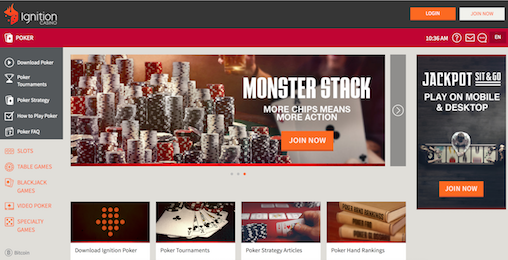 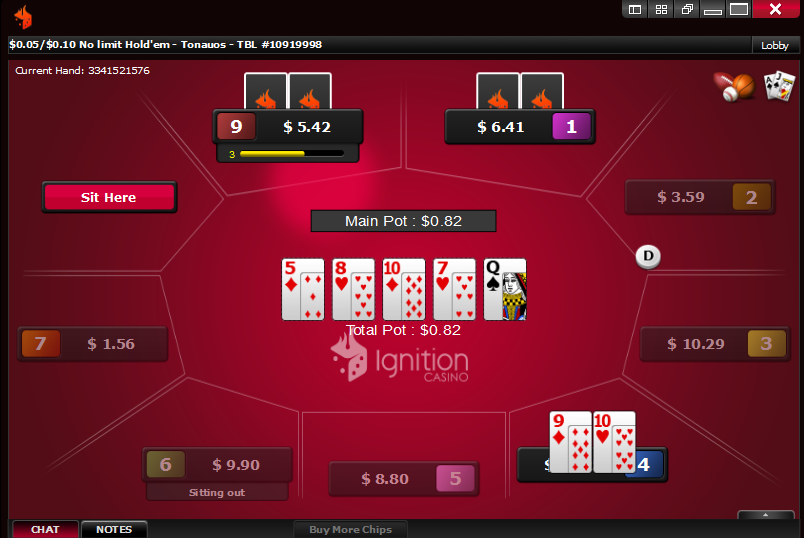 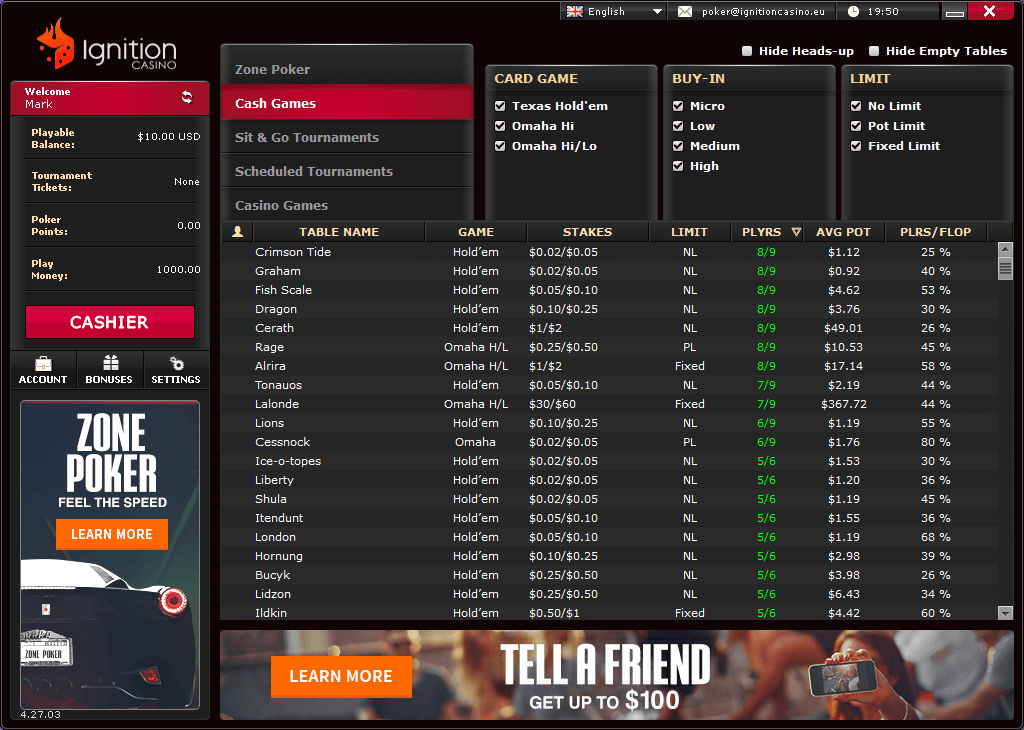 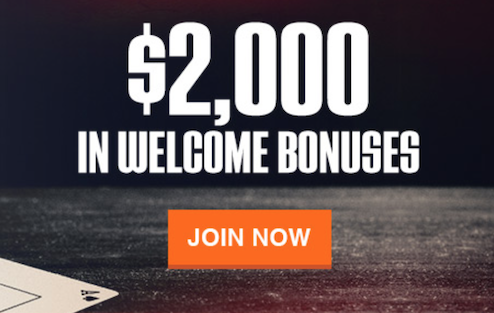 Ignition Poker is one of the new online poker sites on the scene and has already created a name for itself. The poker community welcomed another site that accepted US players. The busy tables and big tournaments are a bonus, and players familiar with Bodog and Bovada will quickly realize that the shared liquidity is responsible or a lot of the early success. Meanwhile, the site is building a community within its own space, and players seem to be happy with the results.

There are many perks to playing at Ignition Poker, as it is partnered with Bodog and Bovada, ensuring that the decades of experience transfer over to provide excellent customer service and site security. It also means shared poker liquidity ensures big player pools, a range of cash game options, and millions of dollars in tournament guarantees. The new option of depositing and withdrawing via Bitcoin is also a huge benefit to players.

Ignition is open to many players in the US and Australia, but it is limited in its scope of the world at large. The other downside to Ignition is the limited withdrawal options for removing winnings from an online poker account, as Bitcoin and checks are the only methods available.

Ignition Poker accepts players based in most of the United States, with the exception of states with regulated online poker – New Jersey, Delaware, Nevada, and eventually Pennsylvania. Ignition has not been allowed to apply for a licensed under those regulations, but it continues to offer poker to players in the other 47 states that do not yet have regulated markets. Ignition also offers online poker to players located in Australia.

Ignition may be a new site but already offers a bigger deposit bonus than those with which it shares a poker network. The deposit bonus is a 100% match on any player’s first deposit, and it extends up to $2000, whereas other sites stop at $1000. No bonus code is necessary, but clicking on the code at the top of this page takes players directly to the bonus.

One of the other benefits of playing on Ignition is a friend referral bonus. By sharing the site with a friend who makes a deposit through that specific referral link, the referring friend is awarded 200% of that deposit up to $100. There is no limit to how many friends can be referred.

Other bonuses available to Ignition players, such as the Bad Beat bonus, which rewards players involved in a hand in which a full house (aces full of kings) takes on four of a kind or better. And the Royal Flush bonus gives any player winning a hand with a royal flush using both hole cards 50x the big blind as a prize. These promotions are always running for cash game hold’em players.

Deposits can be made on Ignition Poker using credit cards, but there are fees for American players (not Australians). Visa and Mastercard users will be charged 5.9% and American Express users charged 9.9%. There is also a minimum deposit of $50. However, if players use Bitcoin or Bitcoin Cash, they can deposit as little as $20 with no fees from Ignition, and those deposits are immediately available for use in online poker accounts.

Ignition players can easily withdraw winnings with Bitcoin, though not Bitcoin Cash. And none of the credit cards are offered for withdrawals. Other than Bitcoin, players must withdraw via check by courier, and there must be a minimum of $100 in the transaction for Americans, while Australians can withdraw smaller amounts. Checks typically arrive within one week of the cashout, but it can take up to ten days.

Players on Ignition Poker will find solid traffic on the tables due to the sharing of liquidity with Bodog and Bovada players. This puts the network – PaiWangLuo Poker Network – in the top ten in the world for player traffic.

Hold’em and Omaha are the games of choice on Ignition, with numerous variations and stakes available. Micro-level players to those in the mid-stakes level can typically find the cash games they seek, with occasional high-limit tables running as well. All cash tables are anonymous, which prevents players from seeing each others’ screen names and preying on less-skilled players. There is also another version of cash game poker known as Zone Poker, in which players are immediately moved to a new table with each fold. It keeps the action moving quickly with no waiting for others to make their plays.

Ignition provides a range of hold’em and Omaha SNGs, as well as Jackpot SNGs, which is a way for players to have a chance to win bigger prizes based on the surprise multiplier in each game. Beyond those SNGs, there are many tournaments that range from freerolls all the way up to big guaranteed prize pools. There are regular guarantees all week and every weekend, tallying well over $1 million per week.

Ignition Poker is a relatively new poker site, having just launched in 2016. The company, which formerly operated as an online casino only, bought Bovada and claimed a spot next to Bodog, which allows all three sites to share players in cash games and tournaments via the same network. The online poker portion of Ignition seems to be catching on and attracting new players, especially those from the US and Australian markets.