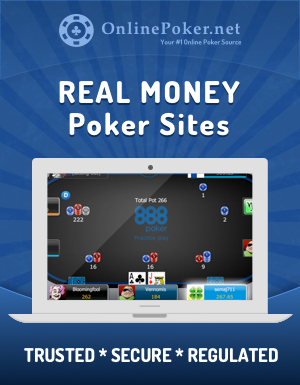 There are many options when it comes to choosing an online poker site, but the most basic choice to make is whether or not to play for real money.

To be honest, play-money  poker is the most popular of the two. More people compete on social media poker games and free-play sites than any other type of poker. But real-money poker is quite popular as well, as it encompasses everything from penny poker to high-stakes poker online. And more people log on to play it every day.

List of the Best Real Money Poker Sites for 2021

Online poker was first introduced in the late 1990s with Planet Poker, and card game fans flocked to it. The demand for better and bigger sites prompted developers to consistently improve the options, and by the early 2000s, sites like PartyPoker and PokerStars were giving players more options than ever before.

Live poker had been popular for centuries, but tournaments like the World Series of Poker began to garner more attention with its broadcast on television in the late 20thcentury. This brought more players to tournaments, and in 2003, when Chris Moneymaker won the WSOP Main Event for $2.5 million, the game’s popularity skyrocketed. Not only was Moneymaker the everyman, an accountant from the Midwest United States without much experience in the game, he also won his seat to the WSOP via an online satellite for less than $100. The notion that anyone could play online, win a seat into a big tournament, and win lifechanging money appealed to millions of people around the world.

The poker boom ensued, and millions of players signed up for real-money online poker accounts on PokerStars and other sites. Competing online became a challenge in itself, and the number of players online everyday grew exponentially from 2003 to 2008.

When the United States and other nations began to question the legality of online poker in 2006, some sites departed jurisdictions in which they were under scrutiny. And when Black Friday happened in 2011 – when the US government indicted executives at PokerStars, Full Tilt Poker, UltimateBet, and Absolute Poker and seized the site domains – poker sites departed more markets.

Not nearly as many players could compete in real-money online poker as in previous years. Players in the US were not allowed to play on any sites, players in European countries like Italy and Spain were relegated to sites closed off to dot-com access, and many sites eventually closed as a result.

Even so, real-money poker sustained itself as operators obtained licenses in various markets and players moved to nations that did allow online poker sites. The game began to rebound. And all the while, poker online survived and, in some areas, still thrived. 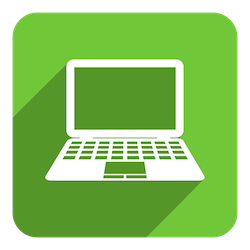 Professional poker players can testify that many of them became skilled players quickly because of the ability to play online at any time of the day or night, play multiple tables at once, and play many more hands than they could have ever played in live games or tournaments. The ability to play online is as much a benefit to experience as it is for comfort and convenience.

Free-play sites have their benefits for new players, but once the strategies are in place and skills have been tested, the real money poker tables await. It allows players of all skill levels to put their abilities to work for money, no matter at what stakes. Most start at very low stakes and work their way up as their bankrolls grow. And the ability to risk money instead of play chips makes it worth all of the time and effort.

Let’s take a look at some of the benefits of playing real-money poker online. 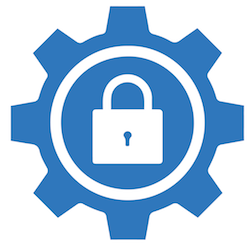 The truth is that the best real money sites can be found with a simple web search, but players should not settle for the first ones they find. There are some qualities to look for in the process of choosing a site on which to deposit money and play internet poker.

Some of these qualities are easier to prove than others, but players need look no further than the recommendations we provide. The sites listed here are ranked among the best real-money sites available for poker that meet the criteria for trusted, safe, and secure games.

As poker players, we intuitively know that it takes money to make money. This maxim is as true applied to us as it is applied to the sites we play on. Simply put, if a site doesn’t invest in its games, its product will be sub-par.

Poker Sites That Offer Real Money Should Be Certified & Safe

The most popular real money poker rooms don’t screw around with security. Safety is one of the top priorities for online players, and poker sites know this. So any smart poker room ensures that its customers receive fair treatment, and that its games are 100% fair.

888 Poker is a great example of a room committed to security; they have an independent gaming auditor (eCOGRA, PriceWaterhouse Coopers, Technical Systems Testing) conduct a Random Number Generator analysis regularly. If eCOGRA were to ever discover any irregularities in the 888 Poker software, 888 would lose its certification.

888 has consistently passed eCOGRA tests, and proudly displays its fairness certification on the 888 homepage. It’s just a reminder of why 888 Poker is one of the highest rated poker sites: they make a real commitment to safety, and back up their claims with forced accountability!

Games are Better at the Top Rated Poker Sites

The best poker sites for money advertise heavily in order to draw casual players to the tables. Generally, this works pretty well. There is a noticeable difference in player skill between sites that advertise and sites that don’t.

Consider Bodog Poker. Bodog isn’t just a poker site — it’s an international entertainment brand. Bodog licenses its name to record labels (Bodog Music), television shows (BodogFight), and even video games (Scarface: The World Is Yours). The result of this is that many different people, some of whom wouldn’t have ever thought of playing online poker, are exposed to the Bodog name on a daily basis.

When these people get the itch to play online poker, they think back to seeing Bodog’s logo on television. They figure they’ll be best off playing at a site run by a familiar company. So they sign up at Bodog Poker, fill up their accounts, and start donking around.

This has the effect of making the games at Bodog incredibly soft. Since it’s not just grinders and professionals who find out about the site, Bodog’s player pool becomes largely populated by newbies, making Bodog one of the fishiest poker sites online. And this is good for the game. Hence you’ll see Bodog consistently named as one of the highest rated poker sites online.