Aaron Benton has won the 2009 PokerStars Asia Pacific Poker Tour Sydney Grand Final after beating a field of 396 players over three days to lift the title and claim $594,000 in prize prize.
Aaron Benton was one of seven Australians to have made it to the final table, which included five Sydney local players as well as Benton from nearby Illawarra.
Three and a half hours passed without a casualty and then the final table lost two players in consecutive hands. First a short stacked Thomas Slifka tried to pick up the blinds by moving all-in from the small blind, only to be called by Wayne Carlson holding AJ on the big blind.
Wayne Carlson then knocked out David Formosa, who had raised from the cutoff with pocket 3’s and called Carlson’s re-raise all-in with pocket Q’s.
Barry Forrester was next to exit after Ernst Hermans raised from UTG and was three-bet by Andrew Hiscox with AK. Forrester then moved all-in on the button holding AQ and, after losing with his badly dominated hand, took away $83,160 for his 7th place finish.
Hiscox wasn’t able to benefit from his boosted stack, though, as he soon found himself all-in pre-flop holding pocket 7’s against Benton’s pocket rockets in a massive 4.1 million chip pot. While Hiscox exited in 6th, Benton received a huge boost to his stack which proved crucial to his deep run.
As the table played down to the final two, Benton held 6,935,000 chips against Dutchman Hermans’ 4,735,000, and he soon found himself in an even more commanding position after Hermans made a risky play with 8c4h, first raising pre-flop and then trying to bluff Benton’s second pair on the flop holding nothing. As the hand progressed to the river, Hermans 1.6 million bluff bet was called and Benton now had 9.96 million chips in front of him.
Not long after, Hermans holding 9 8 hit top pair on the flop and as all the money went in on the turn, he found himself up against Benton with a well disguised pocket pair of K’s. The better hand held up and Ernst Hermans had to settle for a runner-up position and the $381,348 payout.
As well as winning the tournament, Aaron Benton (32) took away a sizeable $594,000 in prize money, and ensured tradition was kept as the three year old APPT Sydney Grand Final remained in Australian hands once more. 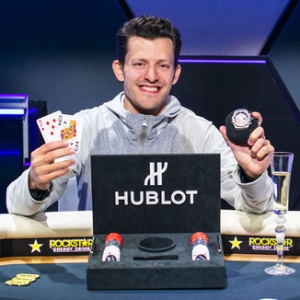 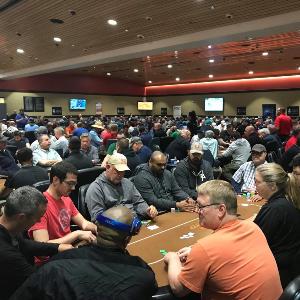 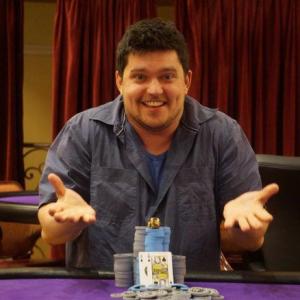 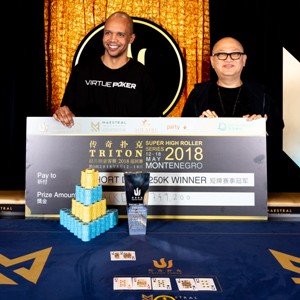