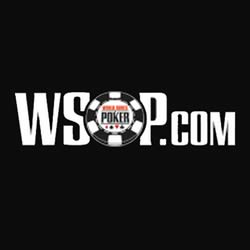 WSOP organizers promised poker players would get the chance to win WSOP bracelets online this summer. It turns out they weren’t kidding.

Following the postponement of this year’s World Series of Poker, it announced the 2020 Summer Online World Series of Poker. It will award 85 online WSOP bracelets between July and September. The series will be divided into two sections, each played on a different platform

The first section will begin on July 1 and run the entire month until July 31 with 31 bracelets up for grabs in 31 events. All events will be played on WSOP.com which means that anyone that wants to play will need to be in either Nevada or New Jersey.

The 31 events are all either No-Limit Hold’em or Pot-Limit Omaha tournaments due to limitations on games played on the WSOP.com platform. Buy-ins will range from as low as $400 and up to $3,200. There will also be satellites to several events running on WSOP.com to give players the opportunity to earn their way in for much cheaper.

The Main Event concludes the series on July 31. It is dubbed the No-Limit Hold’em Championship and has a $1,000 buy-in.

Full details on the second section of the Summer Online World Series of Poker have not been announced yet. What is known is that is will be made up of 54 events, running from July 19 to September 6, and award 54 online WSOP bracelets. All 54 events will be played online at GGPoker, which will allow players outside New Jersey and Nevada to compete for an online WSOP bracelet.

2021 WSOP adds 11 new online bracelet events
Anyone that can’t make it to Las Vegas for the 2021 World Series of Poker when it starts up later this month can still go after a WSOP bracelet in any of the 11 new online events just announced, if they’re in New Jersey, Nevada or Pennsylvania. The in-person events at this year’s World Series

WSOP Online The Opener tournament earns record field
The 2020 World Series of Poker Online has set a new record for the largest field to play in a WSOP tournament. The Opener, a $100 No Limit Hold’em tournament, was the second tournament on the WSOP Online schedule played at GGPoker. The tournament was supposed to wrap up last week, but the final day