In late 2009, US poker pro Thuy Doan announced that she was suffering from cancer and had been receiving treatment for her condition. Almost two years later and the brave Vietnamese-born player has finally lost her battle with the disease and passed away at the age of just 25.
Many of Thuy Doan’s friends and followers in the poker community were first alerted to her cancer through her PokerRoad blog. The much loved and respected player later wrote the inspiring words:
“Based on the doctor’s news there was a chance I wouldn’t be alive in three years. In the coldness and loneliness of my hospital room I broke down a few times. There are so many things I want to do with my life. It’s not death itself that breaks my heart but loss of potential to do great things. I thought to myself that I would give up everything I owned for just five healthy years in order to accomplish a few of them.”
Such was Thuy Doan’s regard in the poker community that when she was diagnosed with cancer, top players such as Tom Dwan, Doyle Brunson, Barry Greenstein and Phil Ivey shaved their heads to show solidarity with the hard-working and respected player. After Thuy Doan’s leg had to be amputated, Andrew Robl and other famous pros then organized a charity poker tournament to help cover her medical expenses.
The ever appreciative and modest Thuy Doan later wrote:
“I miss my friends like crazy and would bet my last good leg that they’re some of the most amazing people in the poker community… I feel humbled and grateful for this. What did I ever do to deserve such good friends?”
Some of Thuy Doan’s achievements at the poker tables included playing cash games live at the $10/20 NL level. However, she also enjoyed tournament success, too, with her highest score coming in 2008 after finishing 7th at the WSOP $3k NLHE event for $69,165.
Thuy Doan will now be remembered as an always cheerful, upbeat and genuine lady with a big heart, who will be sorely missed by her many friends and family. 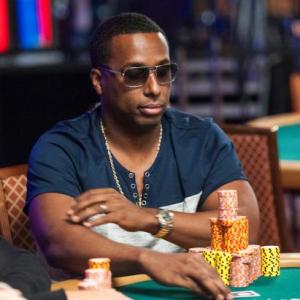