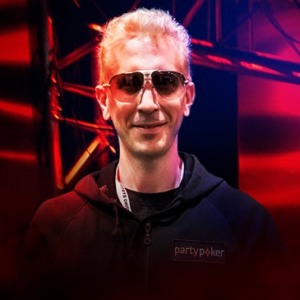 Bertrand Grospellier parted ways with PokerStars at the start of this year, and as expected the French number one didn’t have to wait long before being snapped up by a rival brand after being recruited to partypoker’s ever expanding crew of ambassadors this week.
The 37 year-old pro now becomes part of an impressive and sizeable team which includes the likes of Isaac Haxton, Fedor Holz, Phillip Gruissem, and Patrick Leonard, to name but a few, and commenting upon his latest appointment, the player known as “ElkY” stated:
“I am extremely enthusiastic about joining partypoker to actively support their efforts to bring back the ‘Poker First’ mentality, live and online. Our goal is to provide players and fans with an experience they deserve worldwide. Partypoker will be aiming to bring their ambition, expertise and successful model to the .eu market with some big announcements coming soon.”
French Number 1
Bertrand Grospellier originally started out as a professional eSports player before turning his attentions to the game of poker, and in 2015 he naturally jumped at the opportunity to return to his roots by joining eSports organization Team Liquid as a Hearthstone: Heroes of Warcraft player.
Nevertheless, Grospellier is still one of the most active players on the poker tournament scene, and currently has $13,580,523 in live earnings, placing him atop of France’s ‘All Time Money List’ with a second placed Benjamin Pollak a fair distance behind on $8,781,728. Furthermore, Grospellier enjoyed his second most successful year to date last year with $2,515,456 in winnings, the bulk of which was accounted for by a runner-up finish at the WSOP $111,111 High Roller for One Drop for $2,278,657.
In 2008, the Frenchman also won a WPT title after taking down the $15,000 Festa al Lago for $1,411,015, and in 2011 captured a coveted WSOP bracelet at the $10,000 Seven Card Stud Championship for $331,639. In addition to his live winnings, ElkY has racked up an additional $1,971,911 playing online tournaments at PokerStars.
PokerStars Split
In January, Grospellier left PokerStars after serving as a brand ambassador for almost 12 years, with the pro’s exit from the site coming soon after the departure of some of the game’s most successful players of the last decade, including Vanessa Selbst and Jason Mercier. The dramatic overhaul forms part of an overall change in the core strategy of PokerStars, which has now shifted its focus onto promoting celebrity endorsements, such as those provided by Kevin Hart and Usain Bolt, as well as positive publicity created by live streaming poker personalities, such as Jason Somerville and Jamie Staples.
This has resulted in a number of pros being sidelined after their contracts expired, with Grospellier explaining at the time that it was a wonderful experience working with PokerStars during the Scheinberg, until the policy change was fully implemented post-2014. Grospellier also stated that he was eager to start a new challenge, and that an ideal partner for him would be a brand that valued his consultation and strategic advice, as well as his playing skills at the tables.
Enter Partypoker
It appears Grospellier has now found a perfect home at partypoker, with one of the pro’s main responsibilities at the site being to assist in the brand’s dot-eu launch as it prepares to combine shared liquidity between its French and Spanish operations. Furthermore, he will act as an important liaison between partypoker.eu and its players, and ensure that the site’s customers are listened to and any pertinent recommendations made are taken to appropriate management.
Commenting upon the recruitment of Bertrand Grospellier to the site, partypoker Managing Director Tom Waters expressed his pleasure at welcoming France’s top player to his team of ambassadors, stating:
“We are delighted that ElkY is joining us at partypoker,” he said. “ElkY has a fantastic profile and has great experience both in France and across the world and this makes him a perfect ambassador for us ahead of the shared liquidity launch. We will be looking to translate recent successes we have seen in our dotcom market to the new .eu market and ElkY will be instrumental in helping us to achieve our goals.”

Poker News
Muskan Sethi Becomes PokerStars India Ambassador
Establishing a presence in India has been a firm goal of PokerStars for a few years, and in 2015 it took its first steps towards promoting its brand amongst the country’s residents by signing Aditya Agarwal as a sponsored pro. This month, PokerStars subsequently announced that it would soon be launching a ring fenced poker
Three More Brazilian Players Added to PartyPoker Team Online
While PokerStars recently announced the departure of one of Brazil’s top players, Felipe Ramos, from the site’s roster of sponsored pros, partypoker, in the meantime, has been bolstering its contingent of pros from the country. This week it subsequently signed three Brazilians to its newly created Team Online, namely Renato Nomura, Lui Martins and Day
Philipp Gruissem Becomes Latest Partypoker Ambassador
The poker headlines may have been packed with news of a number of high-profile players parting ways with PokerStars this month, but the opposite could be said of partypoker which continues to regularly add new recruits to its roster of sponsored pros. Following the recent signing of such pros as Kristen Bicknel, Dzmitry Urbanovich, and
Indian Boxing Champ Vijender Singh Recruited by PokerBaazi
As poker attempts to strengthen its appeal and legitimacy on the Indian sub-continent, a number of online cardrooms have signed accomplished players and celebrities to represent their brands over the past few months. Recent examples include Bollywood actress Minissha Lamba signing with Adda52.com, and Indian chess grandmaster Viswanathan Anand joining the Indian Poker Sports League.