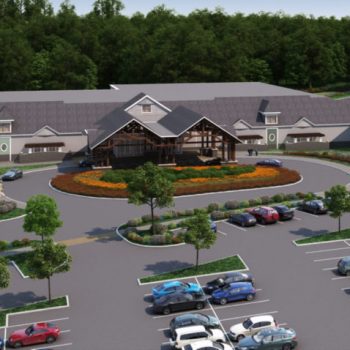 On Mon., Dec. 3, the Tiverton Casino Hotel in Tiverton, R.I., began accepting sports wagers at 3 p.m. ET. It thus became the second sportsbook to open in the State of Rhode Island, following its sister property Twin Rivers Casino in Lincoln, which launched the first instate sportsbook on Mon., Nov. 26.

Customers can bet on professional and collegiate sports in-person at the Tiverton Casino although college games involving Rhode Island teams or taking place within state borders are excluded. Notably, there are no provisions in Rhode Island law allowing for mobile or online wagering, so bettors must physically go to a brick-and-mortar sportsbook to place their wagers. The smallest bet accepted is $2 while the maximum is $10,000.

There are only two casinos in Rhode Island, and they now both have sports betting. Because no other entities are allowed to pursue licenses for this activity in The Ocean State, the Rhode Island sports betting roster is complete at least for now.

All sports betting proceeds are divided three ways. The Rhode Island Lottery takes the largest share, 51%. The company supplying the software, which is IGT, gets 32%. This leaves just 17% for the casino booking the bets. In addition, the casino must pay $100,000 per year to its host city. William Hill has partnered with IGT to provide sportsbook solutions in the U.S. regulated market, so it presumably shares in IGT’s 32% take.

With an effective tax rate of 51% on gross gaming revenue, Rhode Island appears to be one of the least-friendly environments for legal sports betting in the country. However, the Lottery seems to be more than just an oversight body like it is in some states. Rather, it’s a full partner with the casinos and IGT, helping them make their products successful.

Initial forecasts put the amount of revenue generated for the state in the fiscal year ending June 30, 2019 at around $23 million. However, this was based upon an earlier date for beginning to accept wagers, around Oct. 1. In reality, it took almost two more months to get started due to technical difficulties, and the RI sportsbooks only opened for business after baseball’s World Series and most of the NFL season had passed by. New figures suggest that the state will realize about $11.5 million: half of what was initially projected.

The U.S. Supreme Court ended the federal prohibition on new sports betting activities with its May 2018 Murphy decision. What followed was a scramble by interested states to get their laws and regulations in order so as to legalize this type of gambling within their borders. A casual examination of the situation at that time suggested that Rhode Island would have to sit out this initial wave of sportsbook enthusiasm because its constitution mandates that voters must approve any new gambling expansion at the voting booths.

Yet, if we look back at the ballot measures passed in 2012 and 2016 to authorize the Twin Rivers and Tiverton properties to offer casino games, we see that buried in their texts was a clause including Class III gaming as a permitted form of gambling. Interestingly, sports betting falls within the category of a Class III game. However, it’s unclear whether voters at the time realized that they were giving the go-ahead to betting on sports, as well.

With no constitutional impediments holding it back, the legislature drafted a sports betting bill (H 8350), which was passed by overwhelming majorities in both houses in June. Governor Gina Raimondo duly signed it, and it became the law of the land. With the opening of its first sportsbook in late November, Rhode Island became the eighth legal sports betting state in the United States, following Nevada, New Jersey, Delaware, Mississippi, West Virginia, New Mexico and Pennsylvania.

The $11.5 million that the state expects to collect in sports betting revenue during the first year of business won’t suffice to make it one of the largest sports betting jurisdictions in the country. Nevertheless, Rhode Island has a couple of elements working in its favor.

First of all, as mentioned above, the initial year of operations omitted most of the NFL season and all of the MLB postseason: both traditionally very lucrative periods for sportsbooks. Next year, performance should improve with the inclusion of these important games in the sports betting schedule.

Secondly, the state is the first in New England to host sportsbooks, beating potential rivals Massachusetts and Connecticut to the punch. While this quasi-monopoly remains intact, it’s probable that people in neighboring areas looking to bet on sports will travel to Rhode Island to place their wagers.

Mobile and Online Betting Around the Corner?

R.I. lawmakers opted to be a bit conservative in their introductory foray into the licensed sports betting market, but there’s every likelihood that they will pass further bills broadening the types of bets allowed and the manner in which they may be transmitted. State Senate President Dominick Ruggerio says that he will introduce a bill in January to permit mobile betting. He elaborated:

“A lot of young people, millennials, are getting into sports gaming. DraftKings, fantasy football, things of that nature. There is an interest and I think we can pursue that interest by offering mobile gaming.”

State House Speaker Nicholas Mattiello has indicated that he feels Ruggerio’s proposal is “worthy of a thorough review.”

Constitutional technicalities may be a stumbling block. The 2012 and 2016 ballot measures that are being used as a justification for sports betting stipulated that all gaming must take place at the casino. A possible workaround may be to proclaim, by law, that sports betting takes place wherever the server recording the bet is located. Then, the casinos would be able to accept mobile and online action as long as they keep their IT infrastructure housed on their own property.